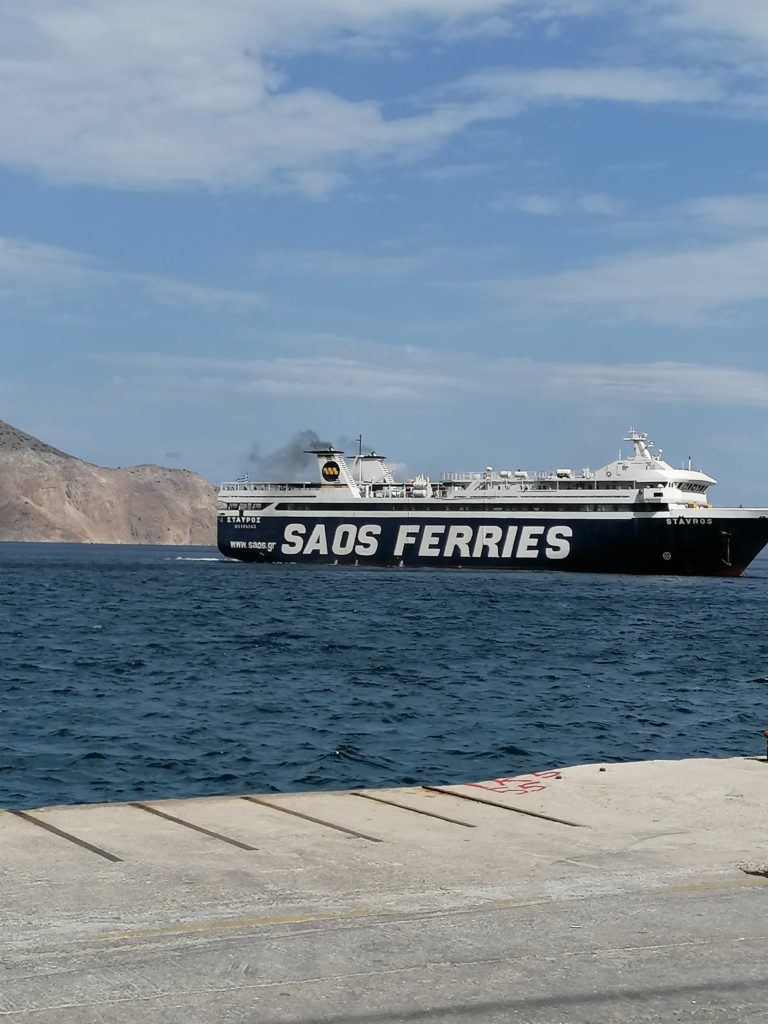 I finally reached Symi this year on Wednesday 7 October, just 5 months later than I had planned.Not the most straightforward journey – Easyjet flight from an almost deserted London Gatwick Airport into Rhodes.Plane arrived early, despite having 184 passengers on a 186 seat plane – no social distancing possibilities there!
Assuming you’re allowed to travel at all, you now need to complete an on-line Passenger Locator Form at least 24 hours before departure. You get a response from Greece at midnight Greek time, with a scannable QR code and a number. No code, no flight (unless your flight is overnight when there are other arrangements made) On arrival in Greece, the number is checked. People with numbers beginning with an even digit (2,4,6,or 8) go to baggage reclaim. An odd first digit (1,3,5.7.9) means you have to take a COVID test, at which point they scan the QR code,and then take a throat swab, after which you can carry on and collect your bags. Guess whose number began with 7! It didn’t cause any delay, my bag still wasn’t on the belt. Some things never change.
If you are tested, you are free to go on your way (using commonsense) for up to 24 hours. Then, people who tested positive are taken away to special quarantine centres for 14 days (at Greek government expense). If you hear nothing, you’re in the clear – and Greek track and trace actually works. Still an anxious 24 hours. So I was COVID-less and caught the Blue Star Patmos to Symi. I can’t claim to have deliberately planned the 24 hours in Rhodes as a break point to keep Symi COVID-free, but it did help.