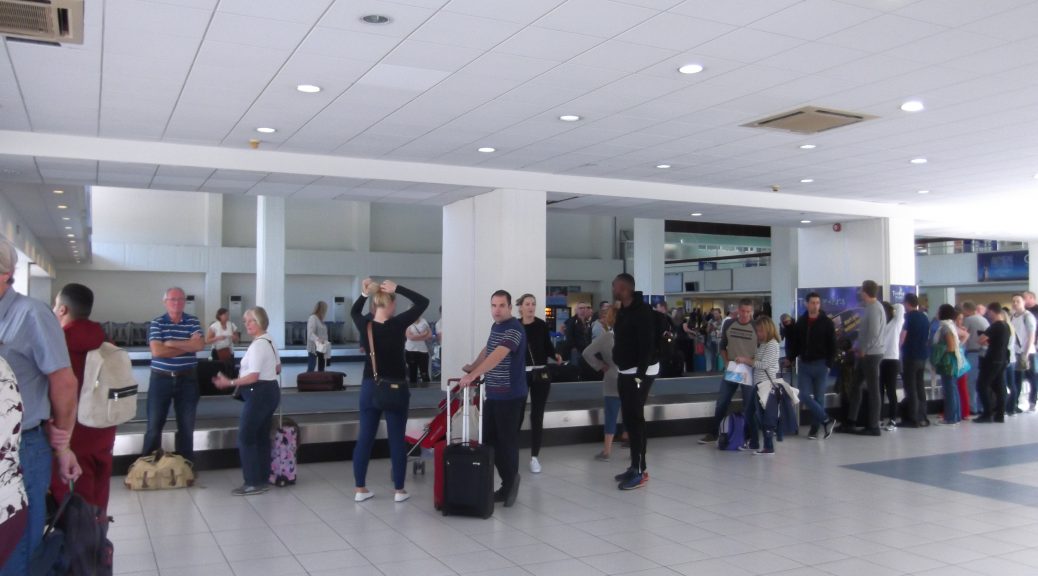 Here is the first of the flight summaries for 2019 – from the UK. There are also charter flights from Dublin to Rhodes, but as far as I can see it isn’t possible to book flight-only on them. Note that there are currently no Norwegian flights showing, last year these showed up later, and Ryanair added more than were visible at first.

Other comments that I’d ask readers to note are:

Times for Thomas Cook and TUI are quite likely to alter between now and the day they operate as the slots are not finalised yet, they may also subcontract some flights – they usually do.

The continued lack of information about air travel arrangements after Brexit means that the whole thing is more problematic than usual. My best guess is that nothing much will change on the flight or immigration from for 2019 – after that anything is possible.

Blue Star have decided to continue the summer pattern of 3 ferries in each direction per week at least until after New Year. In the summer there were the now traditional calls on Wednesdays and Fridays each way, these continue, using the Blue Star Patmos, though times vary slightly. Also in summer one of the  Piraeus -Santorini-Kos-Rhodes ferries called in each direction on a Monday. As this service doesn’t run in winter, instead the third weekly set of Blue Star Patmos sailings will also call at Symi, southbound on Sundays,  northbound on Mondays.

For some unknown reason you can’t see this on the Blue Star website’s timetable page. It is visible on the online booking part though, and on various timetable sites such as www.gtp.gr.

It is excellent news that Blue Star are sticking with three sailings, as the government subsidy has only ever covered two per week, and the third must be at their own expense. The investment in the new harbour extension has paid off.

Note that the times/days of the week vary in the week before Christmas and the week after.