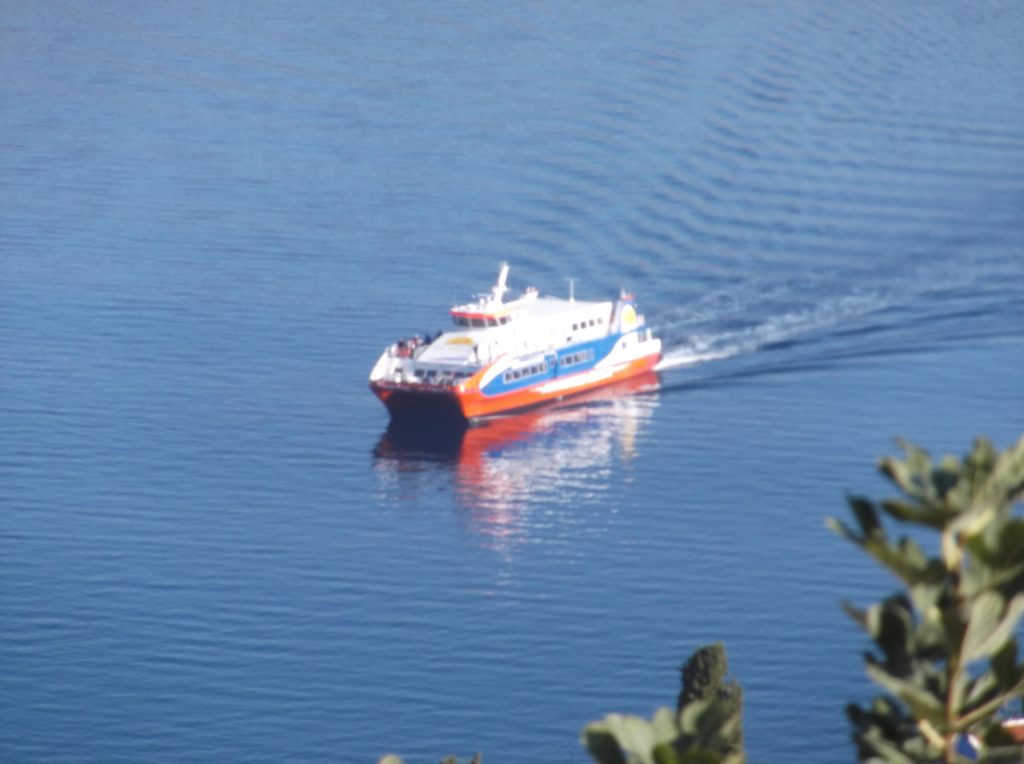 By now just about every country that is likely to be approved for direct flights to Greece this summer has resumed services, except Sweden which should be imminent. There are also countries on the approved list that never have direct flights, so people travelling from there need to connect along the way. It is important to understand that Greece isn’t too bothered about your nationality when it comes to COVID-19, it is where you are travelling from – in particular where you have been for the previous 14 days before starting your journey.

Everyone arriving in Greece by air (or by sea from Italy) has to fill out a PLF (Passenger Locator Form) on line at least 24 hours before departure. This is an official Greek Government form, accessible here. The weblink includes the official protocol for arriving passengers. Computers assess the risk level, and at midnight Greek time (so slightly earlier in countries to the west of Greece) you will be sent an email with a QR code (one of those barcode like items with squares instead of vertical lines) and a number. You must bring this with you, so you either need a smartphone or access to a printer before you leave. Airlines have been instructed to offload anyone who turns up at the airport without a PLF QR code.

On the plane, you will be expected to wear a facemask throughout (unless actually eating or drinking), and many countries will require you to wear one in the airport terminal (and on public transport heading to the terminal) before you leave. Keep the facemask on when you arrive at the Greek airport (unless Immigration need to compare your face to your passport photo). After immigration (if you need to go through it) staff will check your PLF QR code. A proportion of passengers will be routed straight to baggage reclaim, others will have to take a swab COVID test first. The rules about who gets tested are deeply obscure, the computer which produces the code calculates the risk of you being infectious based on where you live, where you are flying from, whether you’re in a group or on your own, and probably other factors too. If you are in a family or other group, they usually only test one of you. Test results are notified by phone or text only if you are positive, so no news is good news. You will hear within 24 hours if you are positive and will be moved to a quarantine hotel along with the rest of any group you are in. The hotel is paid for by the government. If you don’t need treatment, you’ll be allowed out after 14 days.

Travellers, whether tested or not, reclaim any checked baggage, and emerge into the open air. Don’t take your mask off yet, you’ll need to wear it on buses, transfer coaches, taxis etc, not to mention on board the ferry to Symi.
You also need to wear a mask in supermarkets, but not other shops (yet).

Ferry passengers should allow extra time before departure so they can fill in a paper form stating where they will be staying and how they can be contacted. This, like the PLF, is part of the Greek Track and Trace system so anyone who has come close to an active COVID-19 sufferer can be found and isolated.

As mentioned, the identical system applies to people using ferries from Italy to Greek ports. There are no ferries from Turkish ports at the moment, nor do I think there are likely to be this summer. Only one land crossing into Greece is open, that at Promachonas on the border with Bulgaria. All other land crossings are restricted to essential travellers only – no tourists allowed. People using this must have had a negative COVID-19 test not more than 3 days before crossing, and be able to prove it. For some reason, this has confused people, who think it applies to all arrivals in Greece, it doesn’t, only those who have come overland through Bulgaria.

So enjoy your time on Symi, but don’t forget, Greece isn’t the only country that uses PLFs, the UK does too, for example, so you must fill out any forms you need for your return journey, again on line. No form, no fly, to slightly twist the words of Captain Yiannis of the Poseidon day trip boat.

Now that at least some tourists are able to get direct flights from their home airports to Rhodes, it is probably time to show the summer ferry timetables. These are drastically cut back compared to previous years, because the ferry companies simply don’t expect anywhere near as many travellers. What is left is mostly the subsidised routes that have to run anyway.
Will there be more sailings? Well, Dodekanisos Seaways might add a Sunday sailing – they have done on an ad-hoc basis the last two weekends. To get anything more, they would need to cancel service to somewhere else, or to reactivate the Panagia Skiadeni. This is possible but unlikely – because ferry loadings are restricted to allow social distancing, it may not be possible to cover costs on non-subsidised routes.
Symiferries20main

What about September? Probably more of the same, but it is really too early to tell. Once we have timings from all the ferry operators, I’ll put timetables up – SAOS Ferries are only offering up to 31 August at the moment.
What about the Sebeco? Not sailing to Symi this year, likely to appear in the Piraeus area.