And the answer to the question in the post title is – not a lot. As is always the case at this time of year, tourist – related activity is slowing down and some places are packing up for the winter. Of course in this COVID year a few never opened, though most did. Adriana’s blog lists several places as closing for the winter this week, while some others (Taverna Dafni at Toli) intend to carry on longer if they can as they have local trade as well as tourists.
Today is the last 2020 trip of the Poseidon, and taxi-boats are unlikely to continue past the weekend, with the beaches at Nanou and Marathounda having already shut. But the bus services are still running to a late – season timetable. Confusingly neither of the regular buses are running the services though – The Yialos-Chorio-Pedi bus is currently a white Lakis Travel minibus, and the Yialos -Panormitis turquoise bus went off to Rhodes on Tuesday,with a silver Panormitis Travel minibus standing in for it. 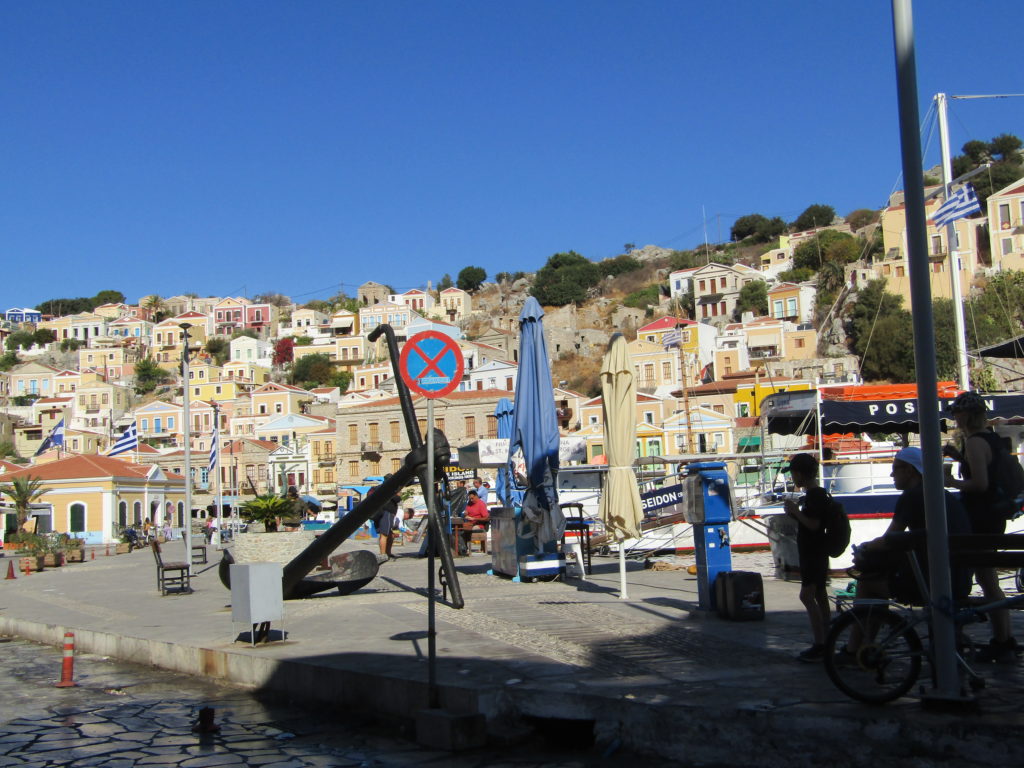 Day trippers are getting fewer, and Correction it was running today. No shortage of taxis, yet though.
Dodekanisos Seaways have released their timetable for early November, covering the period of the Panormitis festival, the other ferry operators have not,though Blue Star, at least, probably won’t change much from this month. Rumour has it that the festival will be almost entirely religious this year,the market and fairground type activities being cut right back on public health grounds.